A frustrated Lewis pair (FLP) consists of a Lewis acid and a Lewis base which do not quench their reactivities due to (mostly) steric and/or electronic reasons. This unquenched reactivity leads to the development of metal-free activations of molecular hydrogen (D. W. Stephan, Science, 2006).
We exploited this reactivity for the hydrogenation of olefins (Angew. Chem. 2012, Angew. Chem. 2014) and nitroolefins (Angew. Chem. 2013). The reactivity of FLPs can be adjusted to the application by the appropriate choice of the Lewis acid and Lewis base component (Chem. Sci. 2013). Furthermore our group is interested in mechanistic aspects of the hydrogen acitivation and the reactivity of FLPs in hydrogenations (Chem. Eur. J. 2015).

Chemical scientists have been inspired by natural product synthesis to develop highly sophisticated methodologies for organic transformations. Surprisingly, such tendency to develop methodologies for the efficient synthesis of organic materials can only be sparingly observed. However, the development of efficient methodologies for the synthesis of organic materials is of utmost importance. This lack of such synthetic methodology is addressed in the presented project by the efficient synthesis of sulfur-containing heteroacenes by modern transition metal catalysis. Sulfur-based anellated heteroacenes are semi-conductors, which find application in organic field-effect-transistors (OFET). The access to such structures is often limited by the use of highly toxic and/or moisture- and oxygen-sensitive sulfur reagents.
We developed a C–S cross coupling reaction using thiourea as easy-to-handle H2S-surrogate for the synthesis of diaryl sulfides, benzothiophenes and thienothiophenes (Org. Lett 2012). We further extended this methodology for the palladium-catalyzed two-step synthesis of dibenzo[d,d′]thieno[3,2-b;4,5-b′]dithiophene (DBTDT) and dithieno[3,2-b:2′,3′-d]thiophene (DTT) (Org. Lett 2014). Our interest is dedicated to the extension of these methodologies for the synthesis of larger sulfur-containing heteroacenes. 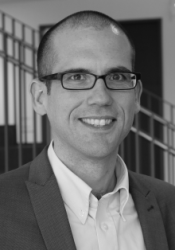